"Welcome To The Livest Underground DJ In The Midwest"
ALL TYPES OF MUSIC !!!

You remember the heated MVP debate last year? Well, Trout vs. Miggy II oughta be just as hot. And that's not all - there are a few other award battles that'll go down to the final bell.

regular season ends in less than three weeks, and the races for several major awards are still intense.

Read my latest assessments below, then direct all accusations of bias, faulty logic and mental incompetence to my Twitter address, @Ken_Rosenthal.

Here we go again. Just like last season, the Angels’ Mike Trout is the best player, the Tigers’Miguel Cabrera the best hitter. Except this time, there are two differences.

First, the Angels are out of contention, as opposed to a year ago, when they won 89 games. And second, Trout — at least to this point — is finishing stronger, in part due to Cabrera’s lingering physical issues.

I was a Trout guy last year, but generally I prefer my MVP to contribute to a winning effort. Yes, the criteria states that the winner “need not come from a division winner or other playoff qualifier.” But playing for a contender involves a different kind of pressure. And the Angels were cooked by June.

That said, I clearly see the other side — why should voters penalize Trout for owner Arte Moreno’s misguided decision-making? I’m also starting to wonder: If Trout again finishes second, what exactly will he need to do to win the award?

Cabrera is the favorite because of his remarkable offensive performance and the Tigers’ first-place standing. But I’m finding it more and more difficult to mount a case against Trout.

Andrew McCutchen not only has the best narrative as the face of the feel-good Pirates, but he also leads the NL in Wins Above Replacement (WAR), satisfying the more sabermetrically inclined.

FOX Sports 1 takes you inside the playoff chase. Check it out!

Old-school voters might be reluctant to select a No. 3 hitter with only 76 RBI, but McCutchen’s .374 on-base percentage with runners in scoring position isn’t far off his .404 overall mark.

Two months ago, many regarded Molina as the game’s most indispensable player. But much of that talk stopped after Molina missed the first two weeks of August with a sprained right knee. And while Molina has struggled so far in September, what if he gets hot again and leads the Cardinals to the division title?

Molina ranks 13th in the NL in OPS, 11th in Baseball-Reference’s version of WAR and eighth in Fangraphs’. Yet, an offensive measure such as OPS does not adequately reflect his contribution, and even an all-encompassing attempt such as WAR may be lacking due to the difficulty in assessing catchers’ defense.

I’m leaning toward McCutchen. But I’m not all the way there yet.

The Tigers’ Max Scherzer appeared to be a lock on Aug. 24, when he pitched six scoreless innings at Citi Field to outduel the Mets’ Matt Harvey and improve to 19-1 with a 2.73 ERA.

It's never too early in the season to sneak a peek at divisional races.

But Scherzer has pitched poorly in two of his last three starts, creating new fuel for the ABM (Anybody But Max) crowd.

As I wrote last week, it’s close between Scherzer and theRangers’ Yu Darvish, with the White Sox’s Chris Salenot far behind. (I’m less enamored of the Mariners’ Felix Hernandez, who is in the middle of what likely will be a two-week break due to stiffness in his side and lower back, and the Tigers’ Anibal Sanchez, who missed almost three weeks with a strained right shoulder.)

Scherzer still ranks first in opponents’ OPS (Darvish is second) and ahead of Darvish in Fielding Independent Pitching (FIP) and both accepted measures of WAR, Baseball-Reference’s and Fangraphs’. Darvish ranks first in strikeouts per nine innings and fewest hits per nine. Scherzer is second in both categories.

This one is not decided yet.

It’s Clayton Kershaw, and not by a little. Kershaw’s 1.92 ERA would be the lowest by a starting pitcher since Roger Clemens’ 1.87 in 2005. And the Dodgers left-hander leads the league in innings.

A mound of evidence places these pitchers at the top of the heap. Who are the all-time best starters?

Others, too, are worthy. Marlins rookie Jose Fernandez leads the NL in strikeout rate, hit rate and opponents’ OPS. Two relievers, the Pirates’ Mark Melancon (0.85) and Braves’ Craig Kimbrel (0.92) have ERAs below 1.00.

No matter. This will be Kershaw’s second Cy in three years. He finished second last season to R.A. Dickey and had a good argument for that one, too.

No player in the award’s 66-year history has won the honor after getting traded in the middle of a season.

Tigers shortstop Jose Iglesias should be the first.

Iglesias has performed at a high level for two contenders, the Red Soxand Tigers. He already is one of the game’s top defensive shortstops. And get this — his .773 OPS is second among to AL rookies to Wil Myers’ .825.

Say what you want about Iglesias carrying an unsustainable .374 batting average on balls in play — his offensive production for the Tigers has been nearly as good as it was for the Red Sox. He also plays better defense than Myers and has appeared in more games, leading to a higher WAR.

Rangers lefty Martin Perez, 6-0 with a 2.54 ERA, has the strongest case among AL rookie pitchers, ahead of the Rays’ fading righty, Chris Archer.

Yasiel Puig’s .960 OPS grabs your attention, as does the rest of his jaw-dropping game. But Puig didn’t join the Dodgers until June 3. Fernandez, second in the majors in ERA, is the pitching equivalent of Puig — and he has been with the Marlins all season.

Indeed, let’s give the Fish a credit — in this case, at least — for refusing to play the service-time game and committing to Fernandez from Opening Day.

This is a strong NL rookie class — the Braves’ Julio Teheran, Dodgers’ Hyun-Jin Ryu and Cardinals’ Shelby Miller are legitimate candidates, as are a number of relievers. But Fernandez is the easy choice.

I suspect the Red Sox’s John Farrell is going to win, and I’ve got no problem with that. Farrell has provided steady leadership and helped reverse the team’s culture, lifting the Sox from 69 wins last season to 87 this season … and counting.

IT'S A TOUGH JOB

Think you have a demanding boss? Get inside the most difficult positions in sports.

Still, I’m not sure any manager is more deserving than theYankees’ Joe Girardi.

Through it all, Girardi never complained, never made excuses and struck the proper tone with his public remarks on Rodriguez, defending his player without necessarily defending his actions. It was a managerial tour de force, and Girardi accomplished it in New York, the sport’s most demanding market.

In another season perhaps, the Athletics’ Bob Melvin would stand a better chance of joining Bobby Cox as the only back-to-back Manager of the Year winners. Oh, and one more thing: If Terry Francona gets the Indians to the postseason, all bets are off.

See what charity this represents, see the bow ties Ken has worn and learn about BowTie Cause.

Don Mattingly rallied the Dodgers after some suggested he might be fired (and not just me; Mattingly later admitted that team president Stan Kasten raised the possibility to him in late May). The heat on Mattingly was considerable, his composure remarkable, his leadership unwavering. But let’s not forget, he got to play with the best (and most expensive) toys.

Hurdle, on the other hand, had to slay the dragon — the Pirates’ streak of 20 consecutive losing seasons — while also overcoming the team’s more recent history of second-half collapses.

Mission accomplished on both fronts. 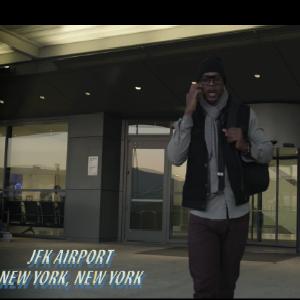 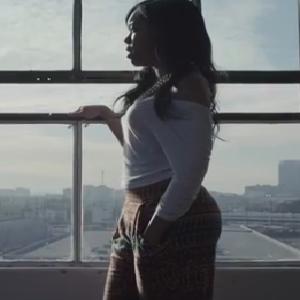